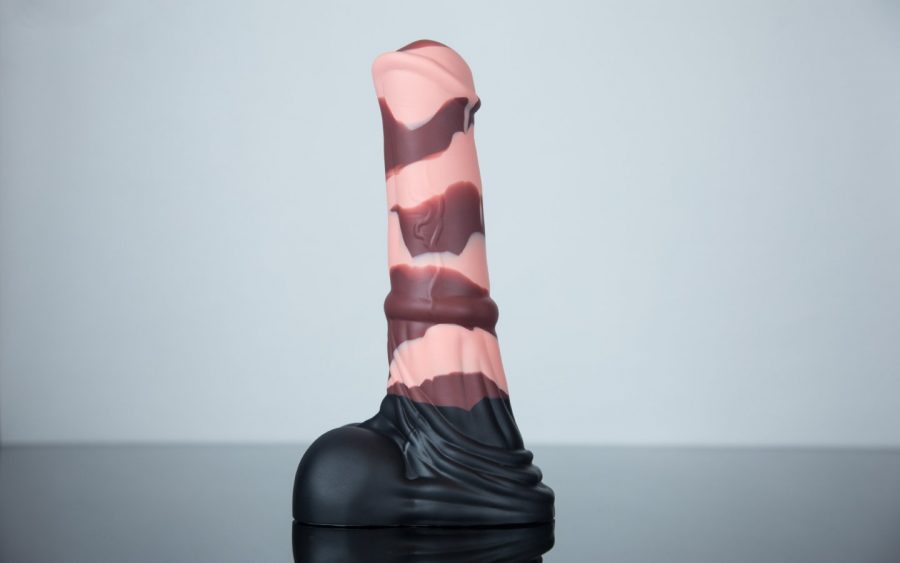 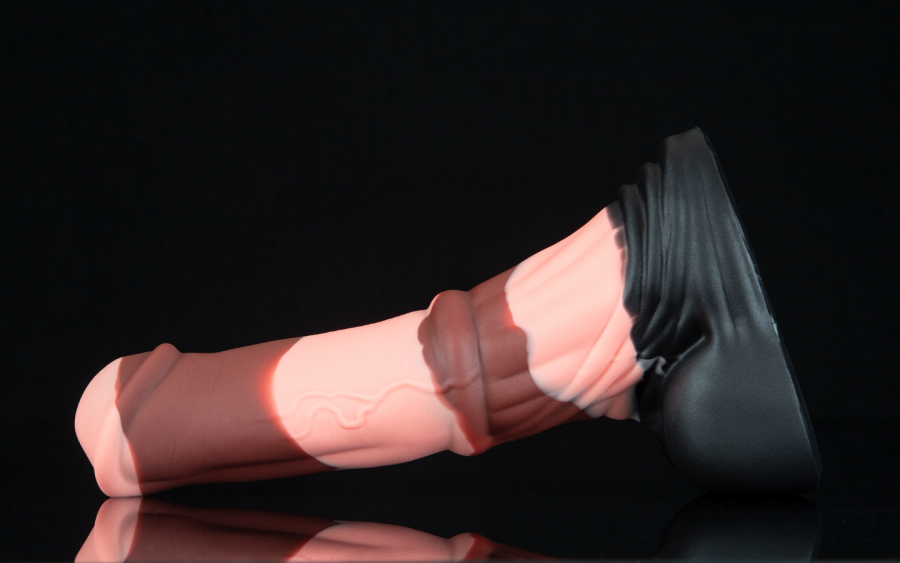 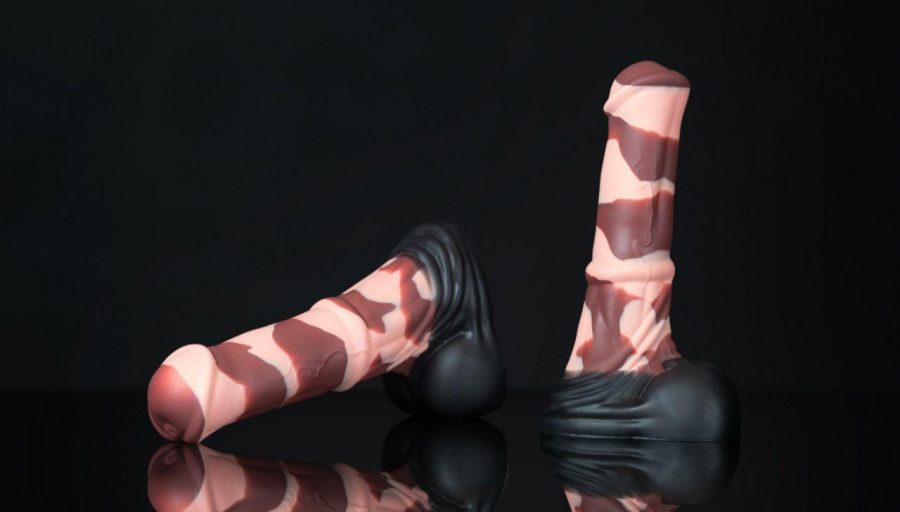 Get to know Jack 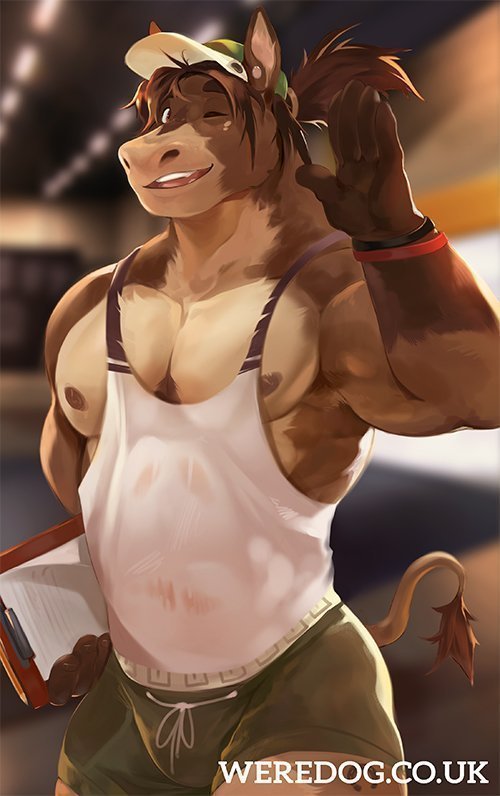 The coupon in your pocket reads, “Get Jacked! First session free! Train with the pros! Jack Nickolas – Personal Trainer, Physiotherapy, Massage Therapist +.” The grody ambiance you were fearing is entirely absent from the gym. Instead, the machines are well maintained, the floor is clean and clear, and the few regulars that are still working out at this late hour give you amiable nods before returning to their own exercises.

“Hey, don’t think I’ve seen you here before. New to the gym?” From behind the front desk, you see the horse that, unless you’re wildly mistaken, has to be Jack. The counter-top barely comes up to his waist, where it’s clearly meant to be chest-high. His wrists have the characteristic ‘wristlet’ of fetlock fur that’s common to draft horses, in this case a rich brown receding to tan up his bared (and muscled) arms. He looks down at you from behind stylish glasses that sit halfway down his long snout. When you hold out the coupon, he snorts and hits a button behind the desk. The thigh-high gate in front of you beeps and swings in to admit you while Jack grabs two towels and joins you on the gym floor. “Come on in! You okay starting the session so late? We’re supposed to be closing in fifteen, but I don’t mind staying a little later if you’re up to it.”

You don’t mention that your friend had specifically suggested you arrive a little late. Jack gives you a broad wink, and you get the feeling that he hasn’t missed a beat. “Follow me. We’ll get you started on a few of the easier machines and see what you can handle.” He takes your coat, and while you seat yourself on the bench he gestures towards, you can see his eyes drinking you in. His fingers are thick and steady on your back as he teaches you correct posture and movement.

Vaguely encouraging music plays over tinny speakers as he helps you exercise your thighs and glutes. You’re given a few minutes to rest after the set while Jack waves goodbye to the last of the regulars and closes shop. Door locks, blinds pull over the windows, and the neon ‘Open’ sign is extinguished.

“Funny you had one of those coupons. Those only get given to friends, and friends of friends. Don’t suppose your friend told you what the coupon was for? I do have other talents beyond just personal training.” He lets the question hang in the air for a moment, before he continues “Massage therapy, for example.”

He tosses you a towel, then waits for your response. When you stand and put the towel over the machine’s leather seat, he whinnies a laugh and unbuttons his jeans. You work your own pants down over your tail and sit again, and seconds later you feel him nestling in behind you. He pushes you forward against the machine’s padded upright restraint, and a tapping against your back alerts you may have underestimated Jack.

You reach backwards and feel dangling nuts rubbing against your tail. Your fingers work upwards and find the rigid spire that’s throbbing against your back. How did he ever fit that in his jeans? Mobile lips tug at your ear. “Don’t worry. I know it looks hard, but anyone can learn with practice. All it takes is effort and being willing to push through a little pain.”

Blunt fingers knead at your cheeks. You feel the cool kiss of liquid being rubbed beneath your tail. Jack puts the bottle of lube down next to the second towel, and those lovely fingers of his start your training. He’s gentle, but persistent. He gives you a few moments to rest when you take his first finger, then again when you stretch to take his second, too.

Then you feel the fingers disappear, to be replaced by the broad tip you’d been feeling up. It throbs against your rump and a dribble of pre soaks into the towel. A steady hand presses against your back and keeps you still as he applies pressure. When it’s too much, he stops and lets you rest, but as soon as you’ve recovered enough he’s right back in position against you.

There’s a little pain with the stretching as you finally open wide enough to take him, but that’s mixed with pleasure as the slick sensation fills you deep. You feel the slide interrupted by his medial ridge slurping against your clenching. He fills your ear with an approving neigh. You get another few moments of resting as he stays still except for the throbbing of his shaft deep inside.

Thick fingers grab your hips, and you feel profoundly empty for a moment as he pulls back. That doesn’t last long, though, as Jack gives you a proper hump. With a single glide he pulls you back onto his length until you squeal—and he knows you’ve bottomed out. Fingers knead, hips roll, and he fucks you properly.

You hold onto the weight-lifting machine for dear balance as the horse thrusts. You get ten or fifteen rolling humps before you feel the thick horse throb. After your exercise and those thick thrusts, you can’t squeeze hard enough to keep it from dribbling out down onto the towel as Jack pumps you full.

He grabs the other towel for you as he pulls out. Wise decision—you need it. “Cool down in the showers when you think you can walk. I’ll meet you there.” He gives you a wink as he walks to the locker room, dangling towards his knees. 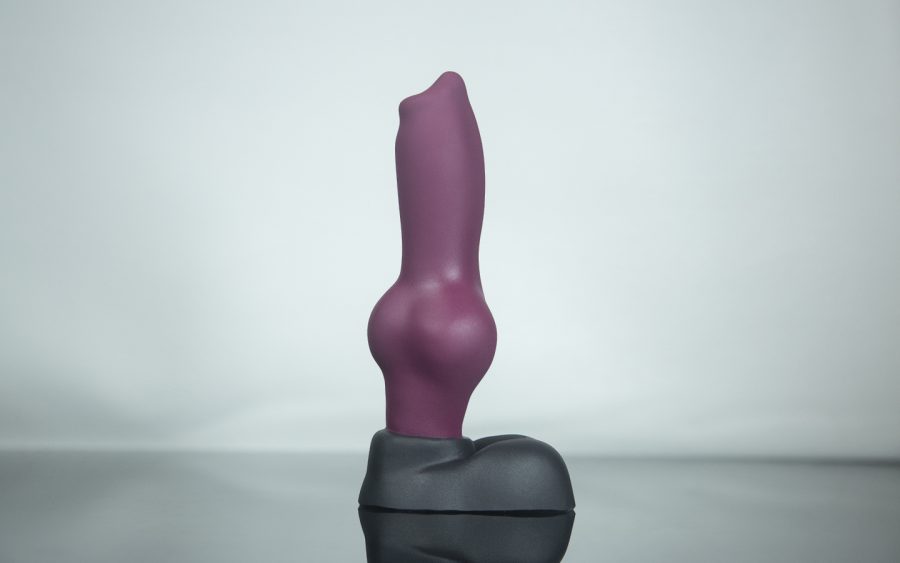 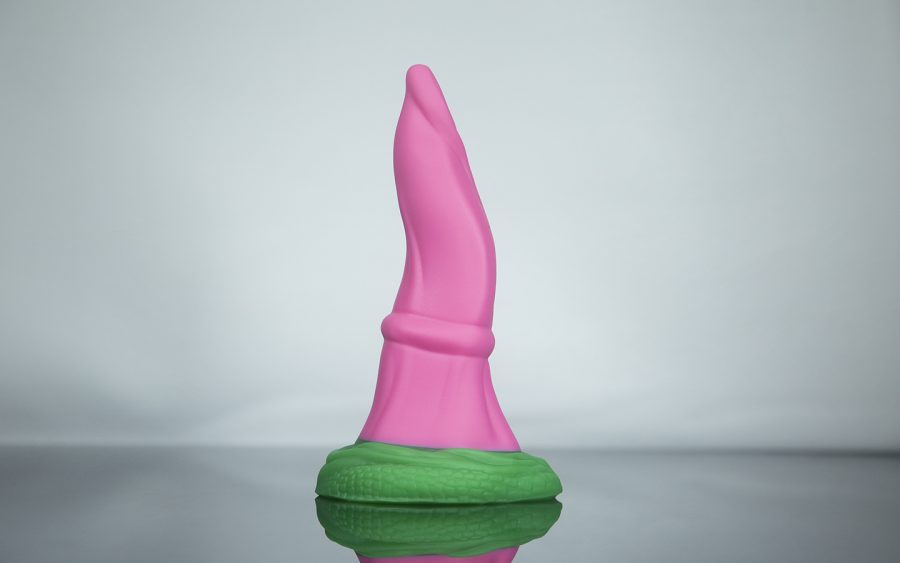 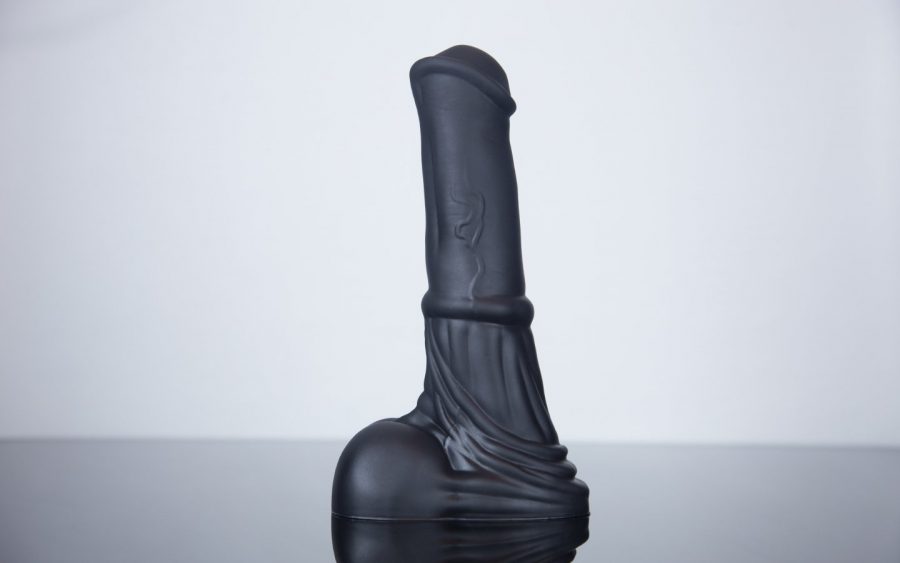 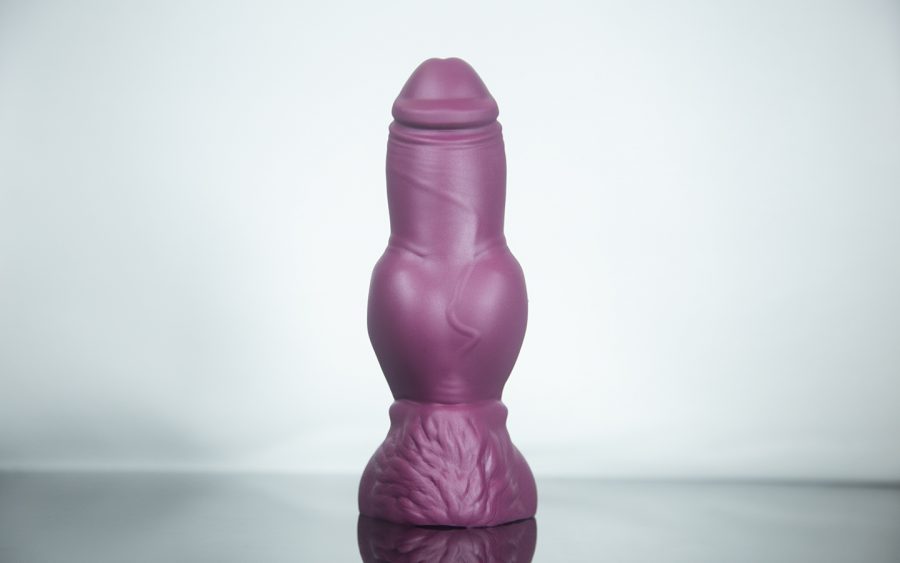 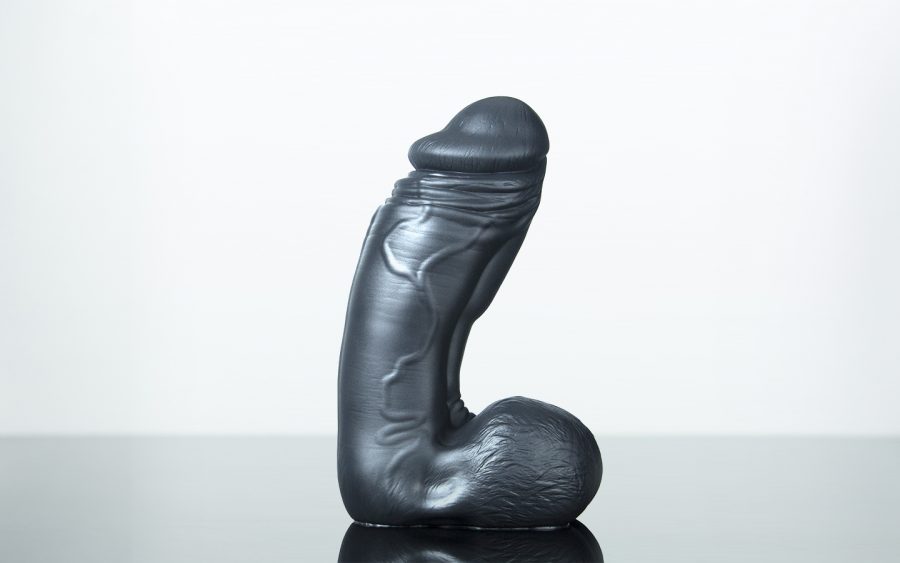 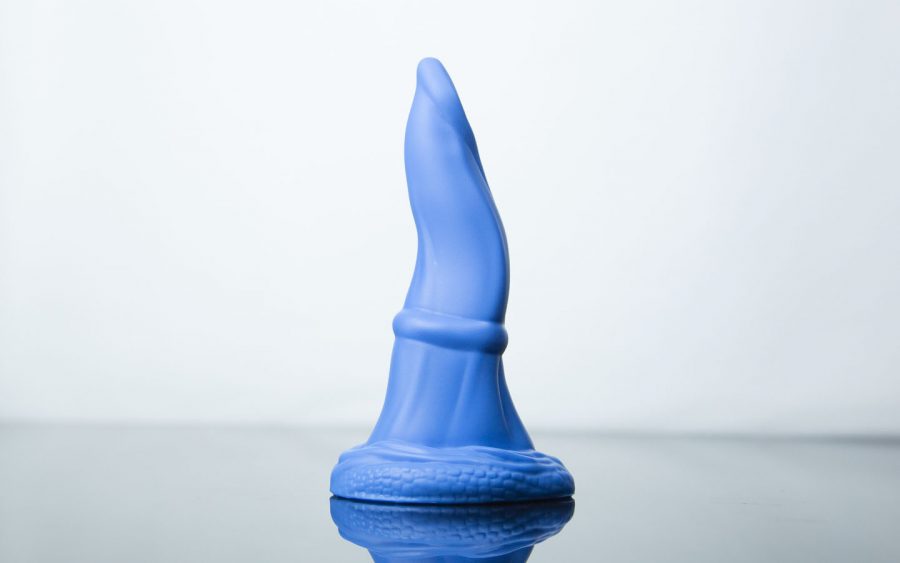 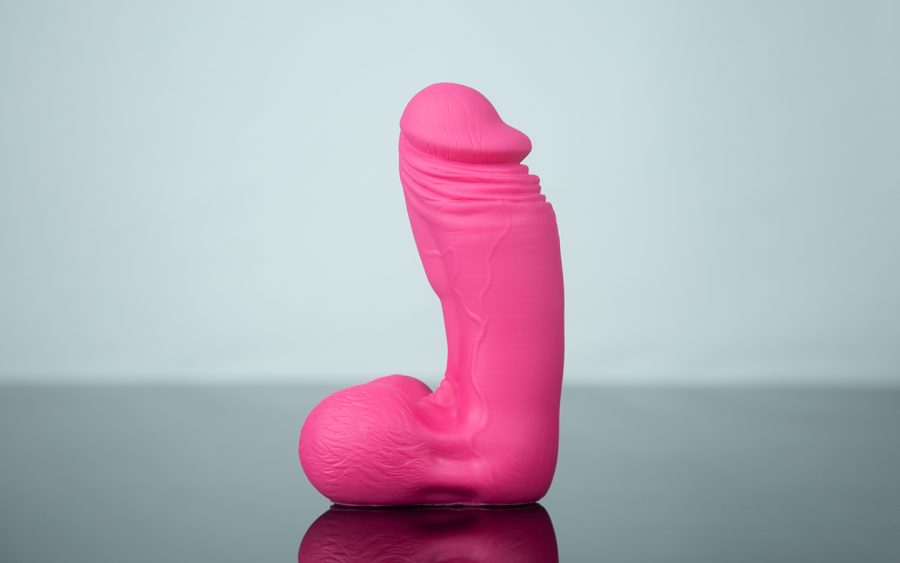